Transforming the face of the Uluwatu region of Bali, this beautiful cultural destination features sprawling parkland, an amphitheatre, a street theatre, shops, restaurants, and the fourth-tallest statue in the world.

The parkland surrounding this magnificent shrine is spread into numerous zones, each emanating its own charm and unique interest. Here’s a breakdown of each of these areas to help better plan your day at the Garuda Wisnu Kencana Cultural Park. 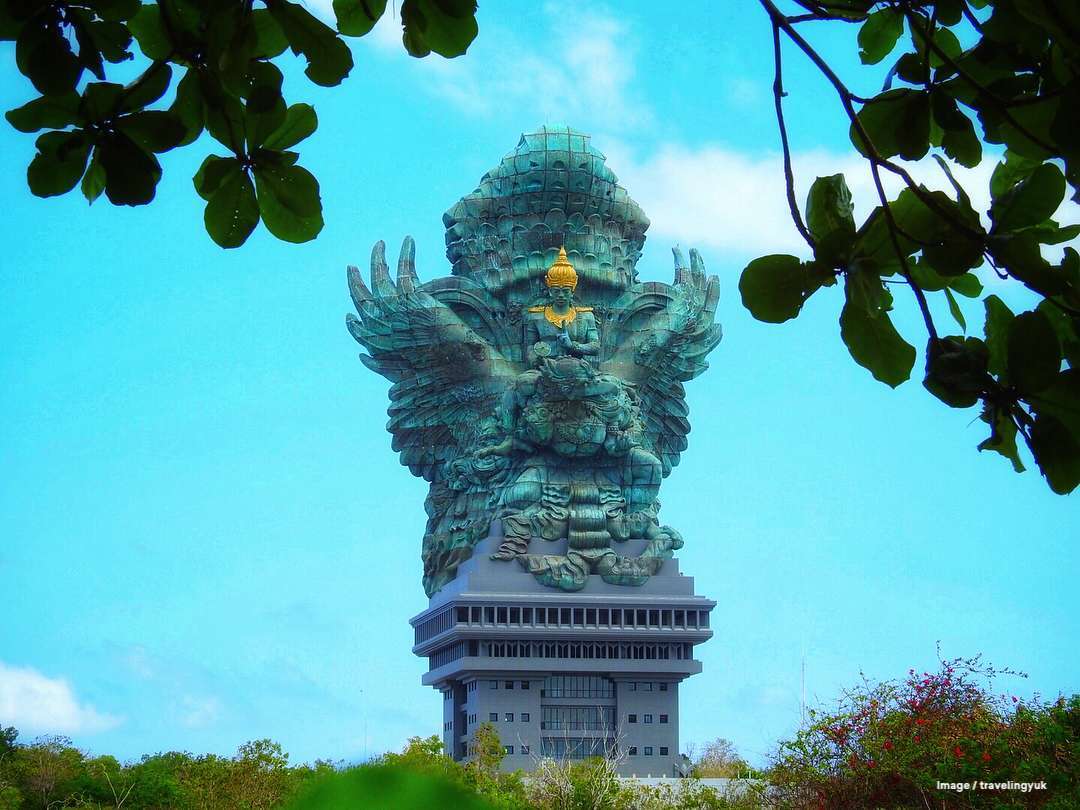 Rising above it all, the grand and captivating statue was inspired by a famous story in Hindu mythology about the search for Amerta (the elixir of life). According to the myth, Garuda agreed to be ridden by Wisnu in return for the right to use the elixir to liberate his enslaved mother.

The story has now been immortalised by a 75-metre tall, 65-metre wide statue, designed by Nyoman Nuarta. Combined with the pedestal it sits on, the height of the monument is an eye-watering 1221 metres, which is nearly 30 metres taller than the Statue of Liberty in the United States.

Despite its overwhelming success since its completion in July 2018, the structure took 28 years to be fully completed because of local controversy. Many islanders believed the huge statue would bring imbalance to the spirituality of the region and that it was unethical to build a religious site for tourism.

Now, for a small additional fee, you can take an elevator ride up nine stories and then walk a number of steps to the top viewing platform beneath Garuda and Wisnu, where you can peer out across the picturesque scene of southern Bali.

Every day from 6:30pm you can witness the ancient Kecak dance at Garuda Wisnu Kencana’s amphitheatre. With the eclectic and heart-pumping combination of fire and haunting chants, this event becomes an instant favourite for those who watch it firsthand.

Don’t worry if you don’t plan to stay at the park until the evening, the venue hosts plenty of cultural events and dances throughout the day from 10:00am, including a Balinese Dance, Barong Keris Dance, and a Garuda Wisnu Ballet. As well as the amphitheatre, you can enjoy a more immersive experience and dance along to the elegant movements of Joged Bumbung dancers in Garuda Wisnu Kencana’s very own street theatre.

The captivating dance was created centuries ago by Indonesian farmers who wanted a break from their long and hard day’s work in the fields. The entertainment they created for themselves all those years ago is still performed today and was included in UNESCO’s World Intangible Cultural Heritage list in 2015.

Most of the dancers who partake in the performance are women, who will likely pick someone from the audience to dance with them — so be prepared for some participation if you’re standing at the front.

You will also find a souvenir shop, a ‘Bali Art Market’ store and reflexology outlet nearby, as well as the story of Garuda Wisnu Kencana depicted on four limestone walls. The largest outdoor area of the park, this zone is adorned by massive quarried limestone blocks that are draped by beautiful verdant greenery.

You can rent a bicycle or join a Segway tour to traverse this expansive and impressive area that, at 4,400sqm, is big enough to hold up to 7,500 people for concerts and other big-scale events. 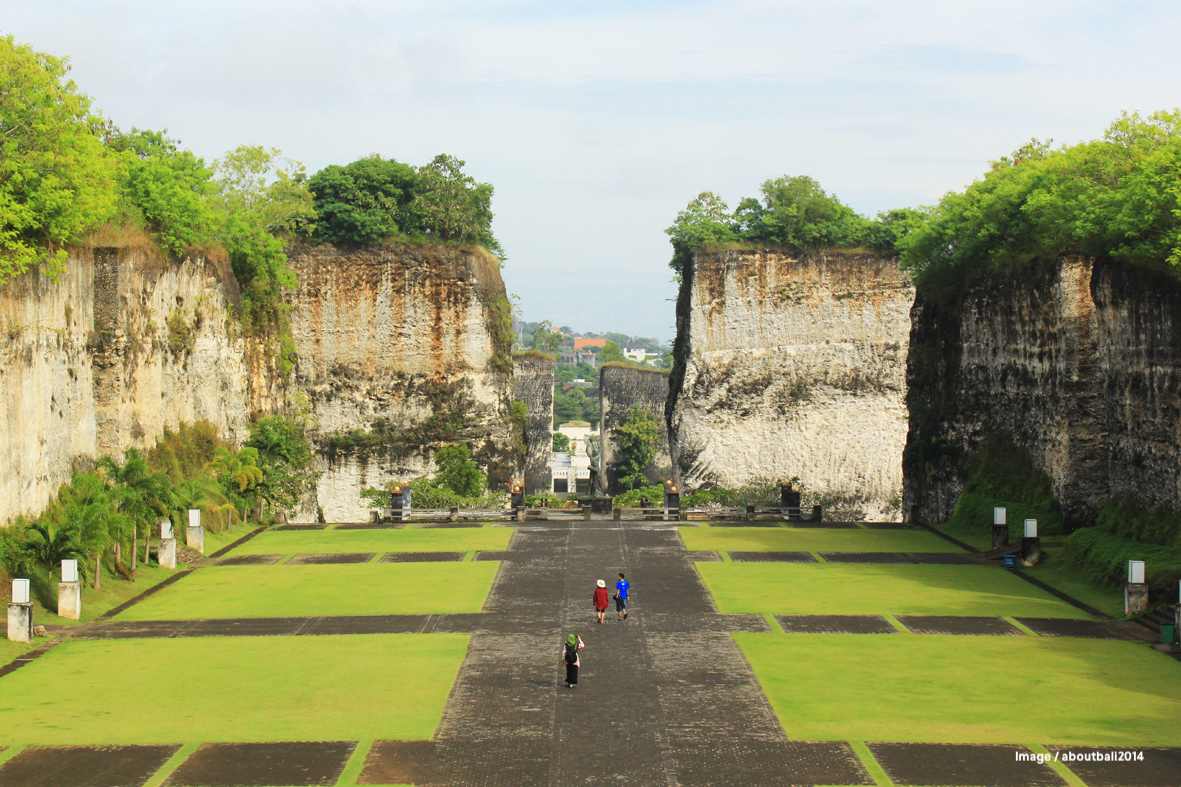 Towards the back of the park and situated just a short walk from each other, statues of both the mythical beings Garuda and Wisnu are individually recognised. Both are imposing in their own right, with the latter playing host to a regular traditional Balinese dance.

Here, you can learn more about each of them before casting your eyes over to the Parahyangan Somaka Giri — a sacred fount that purportedly bears magical healing powers. The water is rich in important minerals that are believed to have healing abilities. Derived from the goddess of rice and fertility, this bountiful building not only delivers cooling air-conditioning from the sweltering heat, but also a vast array of fun services, including nail painting, hair braiding, and more.

Here, you can take a seat and watch a viewing of ‘Garuda Cilik’ — a child-like and amusing animation movie about the importance of cultural belief in Bali. The short film has claimed several awards, including the Citra Cup Award for the best short animated film in 2015. *Due to the COVID-19 outbreak, opening times and closures are subject to government guidelines.